Year of the Bat continues to fly high in Latin America! In addition to RELCOM's extensive network and our original partners in Panama, Columbia and Argentina, Year of the Bat is pleased to welcomed to welcome new partner organziations in Bolivia, Mexico and Brazil.

In these days of globalization, when all are concerned about global climate change, transgenic organisms, and violence, it is important to get back into reality and in contact with the natural world. Bats, the cosmopolitan group of flying mammals that is also the most ecologically and morphologically diverse mammalian order, provide a wonderful opportunity to integrate all humans around the planet in a global effort to protect and recover biological diversity, as well as to educate the world’s population about these extraordinary animals that have very deep, crucial links to our well-being and contribute significantly to a high-quality standard of living. No other group of animals is so unfairly treated in the world, given their very beneficial impact on both natural ecosystems and human life.
﻿
﻿It is here, in the context of the mistreatment of bats and their unjustified destruction around the world, that our influence and actions as bat professionals and bat conservationists are most urgently needed. Many of us have been working hard for up to several decades to protect bats. It is now, with the platform of the Year of the Bat, that we all finally have the opportunity to join forces across countries, continents, and species, together with other individuals and organizations who share our concern, our passion, and our goals.

This initiative is opening doors and crystallizing efforts around the world. In September 2010, the Convention on the Conservation of Migratory Species and the Agreement of the Conservation of Populations of European Bats launched Year of the Bat 2011 - 2012. The global awareness-raising species campaign, which is supported by the United Nations Environment Programme, will promote bat conservation, research and education about the world’s only flying mammals.  With the backing of founding campaign partners including Bat Conservation International, the Lubee Bat Conservancy and the World Association of Zoos and Aquariums, the Year of the Bat will focus public attention on the key role bats play in global eco-systems, such as rainforests.
﻿
﻿With regional partners in Europe, North America, Asia Pacific, Latin America and Africa, the Year of the Bat will also address misperceptions about bats and encourage organizations, governments and individuals to get involved in bat conservation efforts. The Year of the Bat is pleased to have the support of RELCOM as a strategic partner for the campaign. Partners are also already planning Year of the Bat activities in Argentina, Bolivia, Colombia, Costa Rica, Cuba, Panamá, Venezuela, and many other countries.Other regions in the world are similarly working to promote the conservation of bats. Through information exchange, cross-continent collaboration, and integrated global efforts, our success to protect bats and improve their image will surely be achieved. We have a golden opportunity to act as a team, help bats, and have a decisive positive impact on behalf of bats. As you consider what your activities will be for Year of the Bat, some options may include:
Many more actions can and certainly will be carried out. We have a chance to make the Year of the Bat into the turning point we have all been fighting and working for for decades. It is waiting for us around the corner. Let’s work all together now.
Reprinted in English from the Latin American Network for Bat Conservation (RELCOM) autumn 2010 bulletin. To read the original article and other RELCOM news in Spanish, please visit the Year of the Bat website. Many thanks to Year of the Bat Ambassador Dr. Rodrigo Medellin for highlighting the beneficial impact of bats and the opportunity to join hands across borders to bring new attention to bats and act now for bat conservation.
Posted by Year of the Bat at 7:02 PM 4 comments:

Email ThisBlogThis!Share to TwitterShare to FacebookShare to Pinterest
Labels: Latin America, RELCOM, year of the bat

Australia’s Baby Bats: All Wrapped Up

Year of the Bat is happy to hear that the Gold Coast baby bats rescued by the Australian Bat Clinic and Wildlife Trauma Centre in Advancetown are all wrapped up in tiny bat blankets and are doing well, thanks to the constant care of dedicated bat rescue workers. The little flying foxes will be bottle fed in special intensive care units – or will be ‘hanging out’ on clothes lines - until they are able to fly again in about 4 weeks.
The orphaned flying foxes even got a little limelight in the US, on NBC’s nightly news.
Despite this upbeat note, you can’t turn on the TV today without seeing the dire images of the swaths of Australia devastated by unprecedented floods and rising water levels, which have caused loss of life and massive destruction to livelihood, property and the natural environment. With reports of flooding covering an area the combined size of Germany and France, Australia’s inhabitants and the habitat cannot escape the aftermath of disruption and loss. Bats are a natural barometer to what is going on in the environment and they are sadly not immune to the effects of natural disasters.
Back in March 2010, flooding in Queensland had already caused a huge displacement of the nationally threatened species of flying foxes, with a large number travelling down south to Yarra Bend in Melbourne. The heavy rains had affected the blossoms on which they normally feed.
Just before Christmas, flying foxes were dealt another unfavourable hand with a few of the Bat Clinic’s flying fox camps being hit hard by one of the storms. Unfortunately, hundreds of the Grey headed flying fox Ptreopus poliocephalus were lost, but dedicated staff at Trish Wimberley’s Bat Clinic were feeding 140 baby bats around the clock. The Clinic organized a New Year’s masquerade ball to raise funds to help the babies progress from needing to be nursed to eating fruit.
The recent flooding in Australia - to mention nothing of Brazil - has been catastrophic for families, communities, farmers and wildlife. Among the wildlife populations affected, bats have also unfortunately been caught in the struggle for survival. According to a January 7th Daily Mail report, the Australian Bat Clinic and Wildlife Trauma Centre have helped 130 orphaned bats on the Gold Coast. Due to the disruption of their food sources, bats are having to feed on the ground, making them much more vulnerable. Bat Clinic carers found four-week-old babies on the ground, covered in maggots and fly eggs, in several bat ‘camps.’ The clinic’s team is now providing the surviving babies with 24-hour care until they can spread their wings and fly again.
The Year of the Bat thanks those bat workers and also sends our well wishes to all the people affected by the flooding. Our hearts go out to the families who have lost so much. We wish everyone courage through this crisis and are confident that the resilient Australian people and the country’s exceptional flora and fauna will come back even stronger.
Posted by Year of the Bat at 6:18 PM No comments:

The Bats of Napa

We all know, now that Year of the Bat is underway, that our industrious fly-by-night bats pollinate fruits and flowers that we enjoy - and help bring us that most famous of fiery liquids, Tequila. But who would have thought that bats and bat conservation may soon be seen as essential to holistic viticulture? 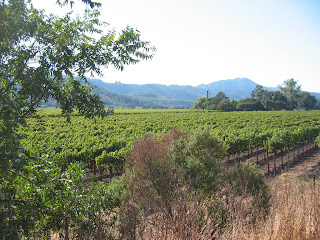 ﻿﻿﻿﻿﻿﻿﻿﻿﻿﻿﻿﻿﻿﻿﻿﻿﻿﻿﻿Napa Valley - photo courtesy of www.pachd.com﻿﻿﻿﻿﻿﻿﻿﻿﻿﻿﻿﻿﻿﻿﻿﻿﻿﻿﻿﻿﻿
The trend-setting California is leading the way, with numerous Napa Valley vineyards incorporating insect-eating bats into sustainable farming practices. Doug Shafer of Shafer Vineyards, home of the award-winning Shafer Cabernet, puts it this way: “You can spray powerful chemicals to rid your vines of these particular insects, but we prefer to rely on the natural eating habits of songbirds and bats.”

Representatives of the local Audubon Society say that the use of bats, owls and songbirds as part of sustainable farming on Napa Valley wineries is "seriously on the rise." One of Sonoma's largest bat colonies is resident at Russian River Vineyards, more than 1,000 strong. Visitors and neighbors enjoy the twilight eco-attraction of dinner, wine and watching thousands of bats take to the skies in search of insect prey. After this nightly eco-service of bats, vineyard owners witness a strong decrease of insects that chew down precious vines. A good bat-feast definitely paves the way for a biodynamic wine.

Along with their eco-tourist value, bats never cease to perform nightly insect patrol at Shafer, Russian River, Frog's Leap and other Napa wineries that harvest "the world's most celebrated grapes." Years ago, a fashionable vineyard strived for the "stripped down" look: rows and rows of vines, but no grass, no weeds or no signs of wildlife. Today, vintners are even "partnering" with owls, songbirds, hawks and bats to cultivate their vineyards and vintages. Bat boxes are a frequent sight on Napa vineyards. Some wineries are even setting aside unharvested land to preserve and encourage wildlife. (A "wildlife consultant" can now make a good living in the famed Napa region!) 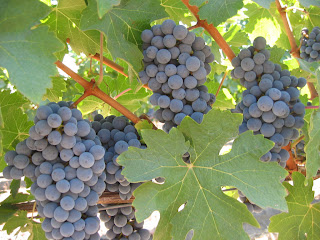